They are an infrastructure development and constructions company engaged in building & operating the Funicular Ropeways Systems. The Company is currently involved in an Infrastructural Development project through a Build, Operate and Transfer mode (“BOT”) wherein, they have recently completed the construction of a Funicular Ropeway System project (also known as Incline Ropeways) at Saptashrungi Gad Temple situated at Vani, Nashik, Maharashtra.

The project is spread over in an area of 10 acres, which houses the funicular ropeway system, a shopping mall, a parking facility and a hotel facility.

The Promoters of this company are Suyog Gurbaxani Funicular Ropeways Limited IPO is Mr. Rajkumar Gurbaxani, Mr. Omprakash Gurbaxani & Mr. Shivshankar Lature. The lead managers to the issue are Aryaman financial services limited and the Registrar to this issue is Karvy fintech private limited.

The opening and the closing date of Suyog Gurbaxani Funicular Ropeways IPO is [●].

The shares subscribed by the public will be updated here.

Here, you can find the Allotment Status of this IPO.

The Suyog Gurbaxani Funicular Ropeways IPO Grey Market Premium price is Rs X, the Kostak rate is Rs X and the Subject to Sauda is X.

Saptashrungi Gad Temple is a popular destination for devotees where people come from all over India for taking the blessings of Goddess and this temple experiences a large number of visitors throughout the years and also experiences some of the peak seasons at the time of Navratri festivals which happens two times in a year. The project is spread over in an area of 10 acres, which houses the funicular ropeway system, a shopping mall, a parking facility and a hotel facility.

The Saptashrungi Project primarily has a Funicular Ropeway System consisting of 2 Air Conditioner funicular vehicles / coaches which can carry 60 passengers/ devotees at a time. The Shopping complex, forming a part of their project, provides the facility of more than 50 shops providing various buying avenues to the visitors including food shops. The parking facility built in the vicinity of the funicular ropeway, has a capacity of more than 150 vehicles including four wheelers and two wheelers. Lastly, they also have constructed a hotel which houses 28 guest rooms & dormitories, a multi cuisine restaurant and a coffee shop.

Services provided in the Saptashrungi Project

The construction, operations and management of the Saptashrungi project was allocated to them for the period of twenty years and seven months which later on extended for a total period of three year one month and twenty seven days, the possession of this project is available with their Company till 2034, after completion of the above said period, the possession of the premises will be handed over to the Government of Maharashtra.

On the basis of Standalone statement:- 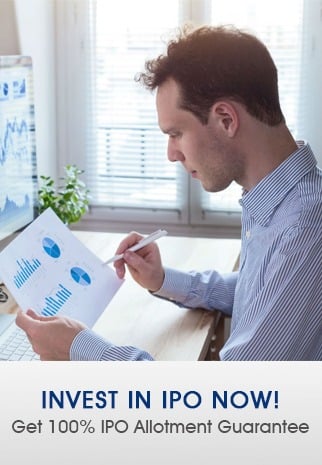